Skip to content
This post contains affiliate links, and we will be compensated if you make a purchase after clicking on our links.
By Gemma Johnstone | Last Updated: January 28, 2021 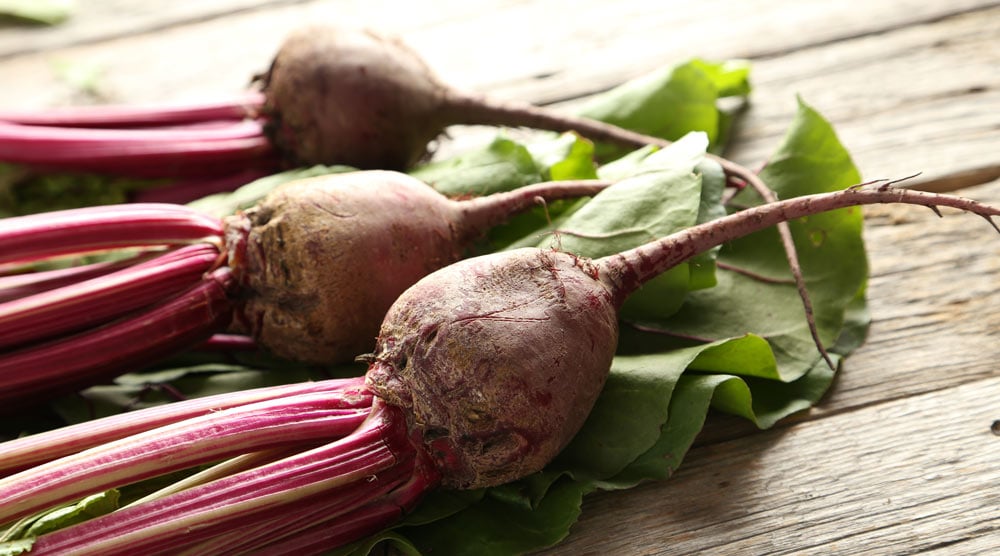 Beetroot, commonly referred to as beets, is a popular root vegetable containing plenty of nutrients. But can dogs eat beets? Or are they toxic to our canine friends? Read on to find out more.

Beetroots, which are referred to as beets in North America, are a nutritious and earthy vegetable that have seen a recent resurgence in popularity.

This vegetable is non-toxic to dogs, so eating beets in moderation shouldn’t be harmful to your pet. However, they’re not an ideal dog treat, as they have been linked with several health problems.

Keep reading to find out more about the pros and cons of beets for dogs.

Are Beets Toxic to Dogs?

Beets are non-toxic to dogs. They’re also a source of dietary fiber and packed with nutrients. You probably don’t need to worry about your pooch getting sick if they manage to snaffle a little from the counter, assuming they’re not allergic to beets.

That doesn’t mean beets should be fed to your dog regularly as a snack though. Listed below are some of the reasons why you might want to avoid giving your dog beets.

Beets contain a high quantity of the naturally occurring acid oxalate. This acid has been linked to certain health issues, so eating too many could lead to problems with urinary tract infections, or kidney and bladder stones.

Dogs already suffering from kidney stones certainly shouldn’t eat beets, as the oxalate content could make the problem worse. This is an example of why it’s important to discuss dietary changes with a vet.

Eating beets can turn urine and faeces a rather alarming pink or red color. Often referred to as beeturia, this strange phenomenon usually isn’t something to worry about.

Studies in humans have shown that beeturia is more common in those suffering from an iron deficiency.

While there is uncertainty about whether this applies to dogs, it’s worth keeping an eye out for other symptoms and contacting a vet if you have concerns. Dogs with an iron deficiency may have less energy than normal, an accelerated heart rate, and experience a loss of appetite.

Compared to other vegetables, beets have a relatively high sugar content. Also, when cooked, the sugar content increases.

Too much sugar can cause problems with obesity, dental issues, and even lead to diabetes. If your dog has any of these conditions, you should discuss them with your vet before giving your pet beets.

Fortunately, beets are also rich in fibre. This slows the absorption of sugar into the system and prevents blood sugar spikes. For this reason, the sugar content of beets is considered less of an issue than eating the same amount of sugar from refined sources (such as biscuits.)

Even so, the sugar content of beets means they should only be given to dogs infrequently and in small quantities.

Can Be a Choking Hazard

Raw beets can be a choking hazard if eaten whole. Always chop them up before giving any to your dog. You could also mash beets for stuffing in a Kong or other food toy – although be careful to avoid giving too much.

Cooked beets are easier to digest and won’t present the same choking hazard. It’s best to stick to light cooking, however, to preserve as many of the nutritional benefits as possible.

What Other Root Vegetables Can Dogs Eat?

Root veggies, in general, are low in calories and tend to be a good source of fiber. They can often be high in sugars and starchy carbohydrates, though, so they might not always be the best vegetable choice for dogs on a diet.

Carrots are a great option as they have a lower carb and sugar content than other root vegetables. You could also let your dog try some radishes or parsnips.

Make sure you steer clear of onions and garlic, as both of these are toxic for dogs. Certain non-toxic vegetables, such as sweet potato, have also been linked to a serious heart condition in dogs.

Do Beets Provide Any Health Benefits?

Dogs should eat a nutritionally complete dog food. They shouldn’t rely on treats or snacks for essential nutrition.

Even so, if you’re offering your dog beets in small quantities, there could be several nutritional benefits:

When introducing any new food to your dog’s diet, it should always be done gradually. Offering too much, too quickly can cause stomach upsets.

On the rare occasion that a dog has an allergy to beets, introducing a small amount will allow you to check for any allergic reaction. A flare-up can happen almost immediately, or it could take several days to manifest. You should look out for irritated skin, itching, or gastrointestinal problems. In severe cases, allergies could cause respiratory issues.

What About Pickled Beets?

It’s best to avoid giving your dog pickled or canned beets. They’re often soaked in a salty brine. While sodium is an essential nutrient for dogs, this should only be added in small quantities. Too much salt can cause dehydration and problems for dogs with kidney or heart disease.

Beets are non-toxic for dogs. As they are fiber-rich and packed with antioxidants, they could offer some nutritional benefits if fed in moderation as an occasional treat.

Because beets are high in oxalates, however, they shouldn’t be given to dogs suffering from kidney or bladder stones. You should also discuss them with a vet before giving them to your dog. Be aware they could turn your dog’s urine or faeces a rather shocking color! 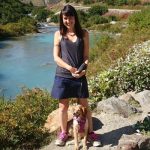