Why Won’t My Dog Drink Water?

Here are the most common reasons your pet won't drink 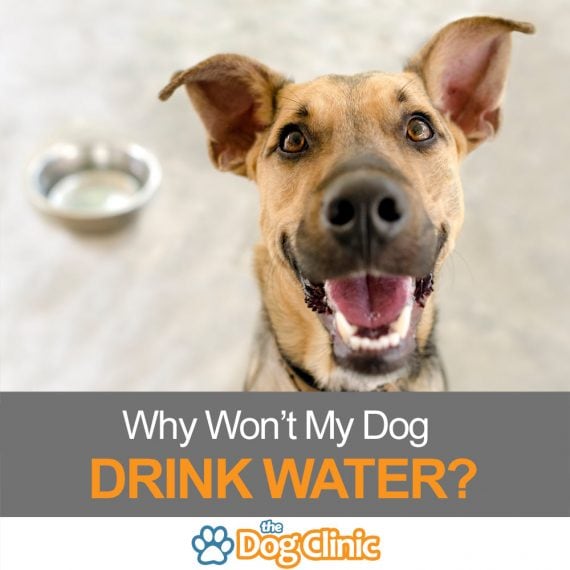 It can be frustrating when your dog is either drinking less than normal or not drinking at all.

Dehydration is very dangerous for dogs. It disrupts the body’s natural processes, including circulation, digestion, and excretion of waste. Insufficient hydration can quickly become a serious problem for your dog’s health.

On average, dogs should be consuming about one ounce of water per pound of body weight each day, but this depends on the size of your dog, weather and exercise too.

Is your dog not getting that amount, either because they’re drinking too little or not at all? Let’s look at some possible reasons and what you can do about them.

Your Dog Is Just Drinking Less Than You Expect

If your dog is drinking but you’re not sure he’s getting enough, it may be he just needs less water at the moment.

A variety of factors affect your dog’s fluid needs. If they’ve been exercising less or the weather has cooled, they may not need as much water anymore. If you’ve switched from kibble to a wet food, your dog is getting a larger portion of their fluid from their food, so they don’t need to drink as much.

You could also be underestimating the amount your dog is drinking. For a more accurate estimate, monitor your dog’s fluid intake by keeping track of the difference in the amount of water in their bowl after you fill it and before you refill it.

It’s also important to watch for signs of dehydration such as:

If you dog shows signs of dehydration or their fluid intake is unusually low, contact your veterinarian.

Some dogs are picky about the bowl they drink out of.

For example, a friend’s dog refused to drink out of the stainless steel bowl, but would gulp water from a plastic storage container or plastic water bowl at my home. The reason? He didn’t like when the metal tags on his collar hit the metal bowl while he drank.

Another dog I know won’t drink out of a bowl if his whiskers touch the edges.

The key is to work out the problem and fix it – which can sometimes be a guessing game.

If you keep the bowl on a stand, for example, the height may be uncomfortable for your dog. And if your dog has to stand near something else when drinking, such as a door or bin, this may put him off.

Alternatively, the location could be the problem. Your dog may not like having to leave the family to go get water ,or may think the location of their bowl is too heavily trafficked. If your dog is older or injured, they may have difficulty getting to their bowls.

Try putting out a few different sizes and styles of bowls around your home and see which one your dog gravitates towards. You should also leave water bowls in a few places permanently, rather than just one, so your dog can always access a drink. Water fountains, such as those on this page, can also be more appealing to some dogs. 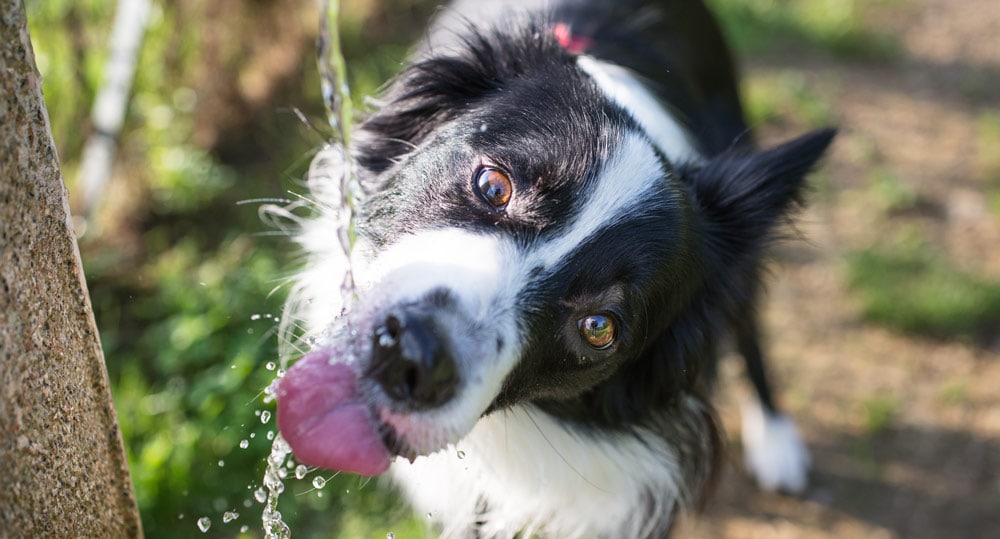 The problem could also be the water itself.

When was the last time you cleaned your dog’s bowl or completely changed their water? If it’s been longer than you’d like to admit, your dog may just not want to drink the dirty water.

Make sure you’re washing your dog’s bowl with hot, soapy water every day and disinfecting it with water and (heavily diluted) bleach once a week.

If the weather is hot, especially if your dog is outside, they may want colder water. Drop a couple of ice cubes in the bowl every so often, especially after taking the dog outside.

Your Dog Is Suffering With A Disrupted Routine

If your dog is in a new environment, like if you’ve moved to a new home or taken them on vacation, they may drink less than normal. The same can happen if things in their environment are unusual, like if you’re having house guests or have changed your routine.

They could be anxious, but they could also just be distracted or getting acclimated to the new changes.

Take some time out with your dog in a less distracting environment, pet them and talk to them soothingly to get them to relax, and try to get them to drink. If they still won’t drink, try tempting them with broth or a frozen treat. Give them wet food or add water to their food when you feed them so they’re getting some fluids when they eat.

Finally, your dog could be feeling sick.

Don’t panic. That doesn’t necessarily mean there’s something seriously wrong. You know those days where you just feel under the weather? Dogs have those too.

Other minor issues that can cause your dog to not drink include things like motion sickness or a mild side effect of a medication or vaccination.

Oral health problems like a sore in the mouth or damaged tooth can make drinking, especially cooler water, uncomfortable.

Whatever the reason, if your dog isn’t drinking then you should visit a vet as soon as possible – even if you think it’s probably a minor problem. Dehydration can set in quickly and lead to serious health problems.

There are a variety of reasons that dogs may be disinclined to drink, ranging from mild to severe. However, if the cause isn’t identified and responded to quickly, not drinking can quickly lead to major issues – even if the underlying cause is relatively benign.

If you can’t get your dog to drink by changing the type and location of the bowl, your dog goes more than a day without drinking, or if your dog shows signs of dehydration, have your vet check them out as soon as possible.

Still have questions about why your dog won’t drink? Know of another reasons a dog may not drink? Or have another tip? Share with us in the comments!