Skip to content
This post contains affiliate links, and we will be compensated if you make a purchase after clicking on our links.
By Kathryn Byrne | Last Updated: October 14, 2022 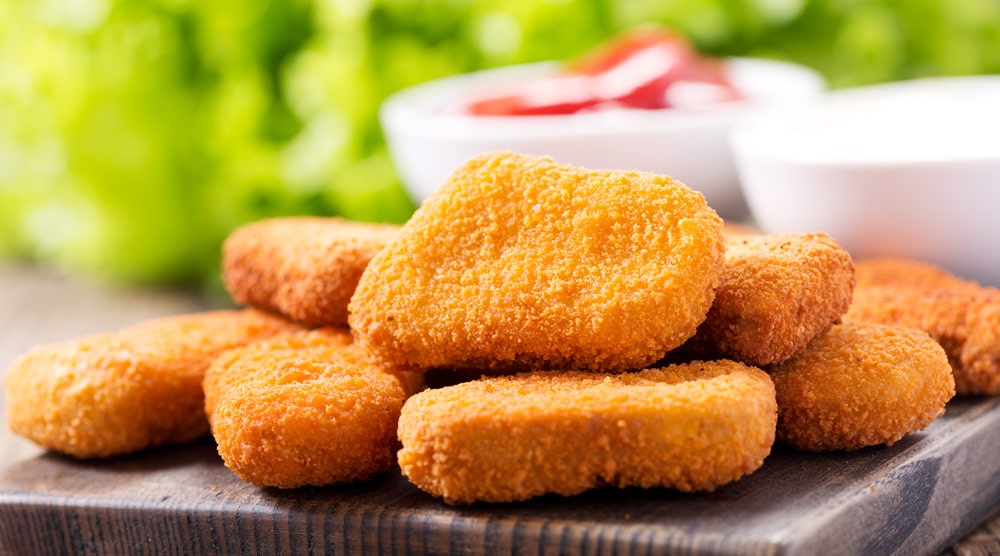 Most chicken nuggets are not dangerous for a dog to eat in small quantities.

However, nuggets are high in calories, salt, and fat, which makes them unhealthy for dogs. Some chicken nuggets may also contain toxic additional ingredients, such as dried garlic or onion, which makes them potentially dangerous.

In this article, we’ll discuss the risks of your dog eating chicken nuggets. We’ll also show you what to do if your dog has eaten some.

Chicken nuggets are generally* not toxic for dogs, especially in small quantities. That doesn’t mean you should feed them to your pet though!

Store-bought chicken nuggets can contain more than 20 ingredients, most of which should not be part of your dog’s diet. This includes processed meat, excessive fat and salt, sweeteners, binding agents, and even chemicals to achieve a lighter appearance.

Nuggets also provide little nutritional value to dogs. While the chicken in nuggets is high in protein, your dog’s regular food should meet their nutritional needs without exposing them to unhealthy ingredients.

* The exception are nuggets with harmful extra ingredients, which we’ll discuss in the next section.

What Are The Potential Dangers of Dogs Eating Chicken Nuggets?

It’s important to be careful when eating nuggets near your pet, as some contain extra ingredients that are toxic to dogs.

Chicken nuggets often contain ingredients that can upset your dog’s stomach or cause diarrhea. Aside from being unpleasant (for both you and your dog!), diarrhea puts your dog at risk of dehydration.

For example, many nuggets are fried in vegetable oil, which can loosen your dog’s stool if they consume too much. The exact amount varies, but many dogs experience an upset stomach after eating a relatively small amount of unhealthy fats and oils.

Some nuggets, like those from Wendy’s, contain xanthan gum which can cause diarrhea. Other nuggets are seasoned with spices like paprika, which can upset your dog’s stomach and irritate their nose and mouth.

Chicken nuggets are calorie-dense and provide little nutritional value. If eaten regularly, they can cause your dog to gain weight, and eventually lead to obesity.

Obesity is a serious health problem that should always be taken seriously. It can lead to a host of medical problems, such as diabetes, heart problems, joint pain, and chronic conditions like arthritis.

Instead of human foods, it’s vital to provide your dog with the right amount of calories from a nutritionally complete dog food. This food should meet his or her daily requirements.

If your dog eats raw or frozen nuggets, they are at risk of salmonella or another bacterial infection. For this reason, you should never feed your dog raw nuggets.

If your dog manages to grab a raw nugget, keep an eye on them and contact a vet if you notice any symptoms of food poisoning. Some of the most common examples include vomiting, diarrhea, reduced appetite, dehydration or lethargy.

While raw food diets can sometimes be an option for dogs, it’s best to avoid feeding your dog raw chicken. Puppies, senior dogs, and dogs with pancreatitis are more susceptible to problems from eating raw chicken.

Chicken nuggets are often seasoned with spices. If your dog eats a nugget, you should always check the ingredient list for dangerous seasoning or additives.

For example, Tyson chicken nuggets contain dried garlic and dried onion, which are both toxic to dogs. You should contact a vet if you suspect your dog has eaten a toxic ingredient, or if they are showing signs of illness.

Note: Unfortunately, some chicken nuggets have proprietary recipes, so you may not be able to find out which ingredients are included. Never give your dog a food unless you can check every ingredient is safe.

Chicken nuggets usually contain large amounts of salt. While salt is an essential part of a dog’s diet, it can become dangerous if eaten in large quantities.

For example, adult dogs need around 100 mg of salt per 100 calories, but store-bought nuggets typically contain much more than this. Dogs already get their required daily sodium from dog food, so the added sodium in nuggets risks causing salt poisoning.

Salt poisoning is a serious condition that can lead to kidney failure and heart disease. Symptoms often become noticeable a few hours after ingestion, so you should contact your vet if you think your dog might be suffering from this condition.

Symptoms of salt poisoning in dogs include:

Foods containing over 20% fat are considered high-fat for dogs.

As mentioned, most nuggets are fried in vegetable oil, which is largely made up of unhealthy trans fats. While recipes vary, this means chicken nuggets usually contain at least 20% fat – and sometimes much more.

Unfortunately, consuming foods that are high in fat can lead to pancreatitis in dogs, a serious condition that inflames the pancreas.

Early detection is key in treating pancreatitis, so keep an eye out for symptoms if your dog has eaten chicken nuggets.

It might sound surprising, but chicken is amongst the top ten food ingredients that trigger allergies in dogs. For this reason, it’s important to monitor your dog if they’ve eaten nuggets, especially if they haven’t eaten chicken before.

If your dog shows signs of stomach upset, itches or scratches excessively, or shows signs of facial swelling, they may be allergic to chicken. You should contact a vet immediately if you notice any symptoms of an allergy or illness.

What Should You Do If Your Dog Ate a Chicken Nugget?

If your dog has eaten a chicken nugget, the first step is to check the ingredient list. You should contact a vet if the nuggets contain anything dangerous for dogs, such as garlic or onion powder.

The good news is that nuggets that don’t contain toxic ingredients are usually safe in small quantities.

However, you should still be aware of potential health conditions associated with eating nuggets. Salt poisoning, pancreatitis, and allergic reactions are a few of the most common examples – and all need immediate veterinary treatment.

Watch for symptoms such as diarrhea, vomiting, loss of appetite, lethargy, or other sudden changes in behavior. Contact your vet if you notice any of these symptoms.

It’s also best to contact your vet if your dog has eaten a large number of nuggets, even if you haven’t noticed any symptoms.

McDonald’s chicken nuggets are extremely unhealthy for your dog to eat and shouldn’t be given to your pet.

These nuggets contain 194 mg of sodium per 100 calories, which is almost 95% more sodium than dogs need for every 100 calories consumed. Fried in vegetable oil, they are also high in fat and contain flour that has been chemically bleached.

The ingredient label also lists “natural flavors,” which may include toxic spices like garlic or onion powder.

While a small amount of cooked chicken nuggets probably won’t harm a dog, this type of food shouldn’t be given to your pet. Both store-bought and restaurant nuggets contain large amounts of fat and salt, which are unhealthy and can even trigger medical conditions.

Additionally, some nuggets contain extra ingredients that are toxic to dogs, such as garlic powder. Chicken is also a common allergen and may trigger a reaction in some dogs.

For these reasons, dogs should not eat chicken nuggets. If your dog has eaten nuggets that contain dangerous ingredients, or is showing any signs of illness, you should contact a vet immediately. 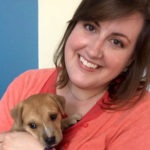 About The Author: Kathryn Byrne

Kathryn is a freelance writer who has loved dogs from a young age. She has over 20 years of experience in training her own dogs and is passionate about positive training methods that deepen the bond between people and their pups. Outside of writing, Kathryn is always on the hunt for the best dog-friendly hiking trails in her home state of Vermont.