Skip to content
This post contains affiliate links, and we will be compensated if you make a purchase after clicking on our links.
By Megan Kriss | Last Updated: October 26, 2021 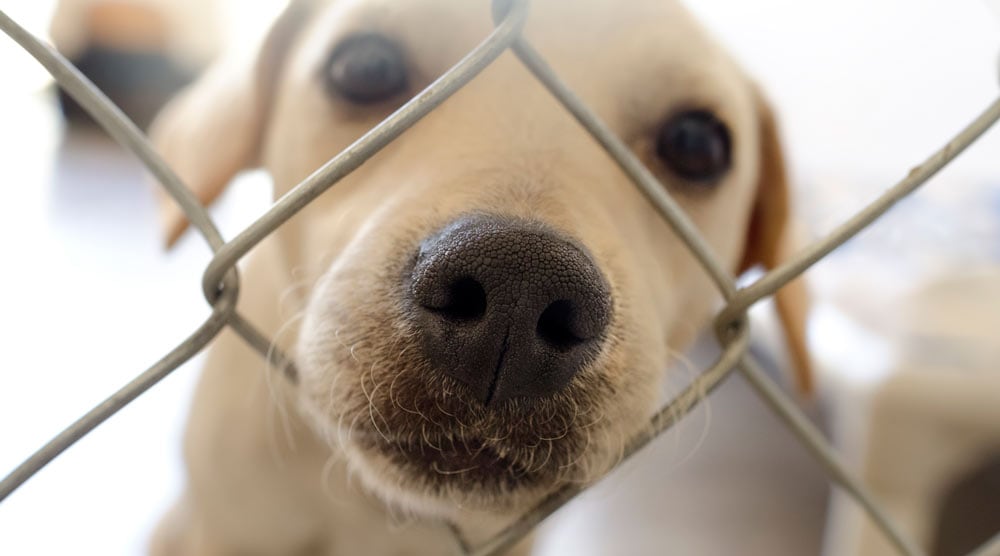 Considering adopting a shelter dog? Here are 7 reasons you absolutely should!

There are lots of reasons to get a dog. Aside from being a loving companion, dogs can lower your stress levels, make great exercise buddies, and generally improve your quality of life.

While you can buy a dog from a breeder or pet store, we think adopting a dog from a shelter is the best choice. Wondering why? Read on for seven reasons you should adopt a shelter dog!

According to the ASPCA, roughly 1.5 million dogs enter animal shelters throughout the United States each year. Of those, more than a fifth will be euthanized.

Some of these dogs are euthanized because they are sick, injured, or aggressive, but in many cases, the reason for euthanasia is simply overpopulation. Shelters take in more dogs than are adopted, leaving some with no choice but to euthanize less adoptable dogs.

When you adopt a dog, you save it from that. Even if you adopt from a no kill shelter, you’ve still saved a dog’s life by making room for another dog which otherwise would have been homeless or gone to a kill shelter.

2. Support an Awesome Nonprofit Instead of Puppy Mills

In addition to directly saving a life, your adoption fee funds an awesome nonprofit dedicated to dog welfare.

Local shelters put a lot of work into protecting animals in your community, while national organizations like the ASPCA, Battersea Dogs Home in the UK and the Humane Society of the United States not only work with animals, but also help change laws to protect animals.

On the other hand, buying dogs from pet stores supports puppy mills. These companies breed as many dogs as possible in order to profit, with little to no regard for the health and socialization of their breeding dogs or puppies they produce. Dogs from puppy mills are often inbred and kept in unsanitary, overcrowded conditions. When they’re no longer fertile, they’re killed or abandoned.

When you adopt, your money supports people who help animals, not someone hurting them to make a buck.

Pet overpopulation is a large contributor to the number of dogs in shelters. Like I said above, there are simply more dogs coming into shelters than are adopted.

When people buy from puppy mills and even from breeders who treat their dogs humanely, new dogs are bred to meet this demand. When you adopt from a shelter, however, you take away from the demand for breeding and instead remove one more pet from overpopulated shelters.

In addition, rescues spay and neuter their dogs, which prevents accidental litters that further contribute to pet overpopulation.

Note: Adopting an older dog may also be more suitable for elderly people. Senior dogs tend to be less energetic than a puppy, amongst other benefits.

4. Get a Healthier Dog

Dogs in shelters are guaranteed to get all of the necessary healthcare. Furthermore, shelters are particularly careful about vaccination and other forms of disease prevention because disease can spread so easily in a shelter.

Mutts are especially likely to be healthy because they are free from inbreeding that plagues purebreds, even those from quality breeders.

5. Get a Dog With Less Behavioral Uncertainty

Shelters want their dogs to be as adoptable as possible, so they thoroughly assess each of their animals. You shouldn’t expect a highly trained and socialised dog – many shelter dogs were strays or mistreated – but a reputable shelter will at least be aware of the dog’s training and behavioral needs, and provide a plan for new owners.

Of course, behavior problems can still crop up with any dog. After all, transitioning from a shelter to a home is exciting for both you and your dog, but it can also be overwhelming. In addition to training, making sure you choose a breed, age, and temperament suited for your lifestyle will make the transition easier.

You’ll also still need to work with your dog to reinforce their training and to teach them the rules of their new home. Use positive reinforcement training methods to get the best results.

6. Choose from a Greater Variety of Dogs

Shelters have a diverse selection of dogs, so you can find a pup that works for you, no matter what you’re looking for.

Shelters constantly have new litters of puppies due to people not spaying and neutering their dogs. If young puppy energy and housetraining don’t suit your lifestyle, you can adopt a juvenile or adult dog instead. There’s even the option of giving a senior dog a second chance during his golden years.

You also get your choice of breed, big or small. Approximately 25% of shelter dogs are purebred, so don’t rule out shelters because you’re looking for a purebred dog, especially if you’re looking for a more popular breed. In fact, there are even rescues that specialize in particular breeds.

Since shelter animals typically undergo temperament evaluations, you should also know about a dog’s temperament before you adopt. This is particularly useful if you have specific requirements, such as a dog that’s suitable for apartment living or living with other pets.

And if these reasons weren’t enough, adopting shelter dogs is much cheaper than purchasing a puppy.

For one, adoption fees are less than purchase fees. For new puppies, adoption fees often include the cost of essential care, such as spaying or neutering if the puppy is still too young. Vaccinations and microchipping may also be covered. For adult dogs, any vaccines they need to get caught up are typically included.

There are additional costs you may avoid. If you adopt a dog that’s already house trained, for example, you won’t need to purchase house training supplies. Older dogs also tend to be less destructive than puppies, so you’re less likely to incur repair costs.

To learn more about how much it costs to adopt a dog, check out our in-depth guide here.

When you decide to add a new dog to your family, adopting a dog from a shelter or rescue can be a great choice for both you and the dog.

Adopting isn’t just a way to help your new furry friend though – it also benefits the other dogs at the shelter or rescue. Plus you can choose from a greater variety of dogs and at a better price, too.

Still have questions about shelter dogs or the adoption process? Ask away in the comment section below!

About The Author: Megan Kriss